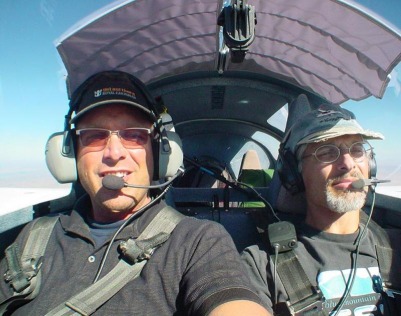 THIS IS A SHOT OF MY FRIEND MARC  AND I  IN HIS COZY MARK IV, AT 10,500 ROCKETING BACK FROM KENTUCKY ON A 5 HOUR LEG SOMEWHERE OVER NEW MEXICO.
WE'RE DOING ABOUT 165 to170+ KNOTS. (190- 200mph)
WE WERE REACHING THE HORIZON PRETTY FAST AND WATCHING IT GO BY UNDER US.
SPEED,THAT'S WHAT THIS PLANE IS ALL ABOUT! 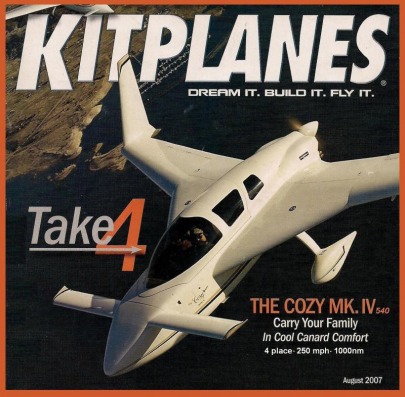 Despite the prominent place on KitPlanes magazine, this plane is not a kit. It's scratch built from plans using particular density foams and fiberglass with only a few parts being able to be purchased from vendors. I've been working on this plane now for about 5 years and I have about 2 1/2 to go I would guess. So. take a look at my mania, and decide for yourself if what I and others are doing is interesting to you! Please also google Cozy Mark Iv and see many much more comprehensive Cozy websites than mine, such as Marc Zeitlins, Wayne Hicks, John Slades and Brian Defords. There are over 1500 sets of plans issued, and about half of that flying. I  think YOU should get involved and find out what makes this tick! So...Welcome and I wish you all the best. One of my admonishments is; " Don't dream. Get up off that couch, turn off the TV, and start building your future!" This is one dream worth building. Get to it!
Oh yea, I should say that I am using an off the shelf web-page builder to simplify the posting here of my progress, ideas, and work, so as to make it simple and easy for me to post. Some other builders post per chapter and progress, but I think I will just post what interests me as to my particular places in the build, and let it suffice with that. Be sure to check out other more exhaustive builders websites for those "how-to" blow by blow descriptions as they progress from chapter to chapter in the plans. Personally, I would rather build, than fuss with a website and have resisted until now to create one. I have taken many pictures during my construction, and that is what you will find here. Several builders in the past have asked when I was going to do this, and I suppose it would be helpful to some, so have at it.
CHECK OUT MY PAGES THAT FOLLOW.  WELCOME TO MY RIDE!!!
_________________________________________________________________________________________________________________

NEW NEWS NEWS. Here is where I post what is happening NOW with my building efforts. 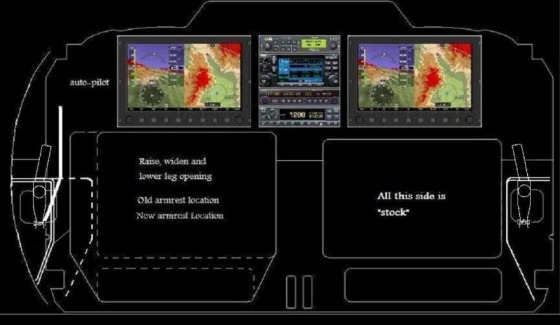 August 2011. One of my best friends of all my life passed away early this month during the first flight of his brand new ERX high performance canard airplane. Jack Morrison was and is a man's man. Truly of the  Renaissance variety with skills crossing over into many disciplines and definitely talented beyond the norm. I will miss him greatly, talking on the phone often about building and his answering my many questions, and just generally goofing around. I hope to carry on, after I get my feeet back under me, as I am quite numb about everything. Thanks Jack for all the memories...You are a true gentleman and friend to so many. I will miss hearing your voice and your laugh, and your wisdom, and look forward to clasping hands once again someday when I meet you again on the other side. Maybe we'll have airplanes over there too. Be a shame if we didn't. Adios...Vaya con Dios mi Amigo.
12/20/09; I have come up with a pretty evolutionary idea on the cockpit. Make the plane 6" inches "wider", by moving the controls outside the fuselage. In my drawing at left, the right side is per plans and the left is my idea for expansion. See my header page WIDER CABIN for info and progress.
3/18/10;  I have been in hold mode for 6 months.
3/20/10;  GREAT NEWS!!! I have been informed by SNS (Salinas Muni- Airport) I am only about 3 months away from getting one of the new Tee-hangers! I soon be able to get back to it in earnest!! New News...I am seriously looking at moving to Nevada and everything may change. Just when you think you have a workable plan, you sometimes see there may be a detour ahead.
8/28/10; Jay "cookie" Skovbjerg flew in and visited me at my hanger, at KSNS, to give me a EAA Tech visit and help get my Spar to Wing match-drilling as accurate as possible. I had been wrestling with this for over a week.  Jay's Nephew, Christian, from Amsterdam made the flight with him. Thanks very much Jay! Yea Ted, and wrestling with the whole Spar matching mania and alignment mental thing for the last 6 months. It's just that 8 thousand dollars of wings and $2000 of Spar could be worthless if everything isnt done right. I really got anal about this one. Anyway, done now with drilling, bushings sized and floxed in. Fitting the Spar into the fuselage is next up. 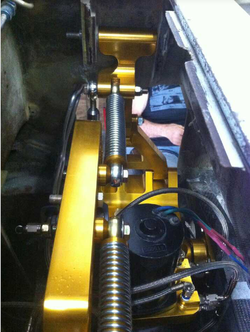 4/27/2011;  Building inside the Nose now to get my new Nose-Lift done and Brakes finished 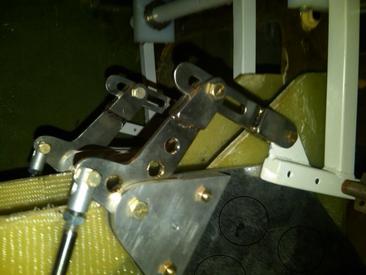 Just working on my custom brake linkage. I've been hand cutting all these pieces out with an industrial band saw (thanks Ted) and using Teds mill (thanks Ted again!) and truing them on a bench sander. Trial assembly of everything, and they are coming along nicely. See a bit more in my Nose Section Page.

SEE BELOW FOR SOME GREAT SHOTS OF FRIENDS COZY III's and MARK IV's and 540powered Cozys. ALSO look at my last header page under MORE, for more cool canard aircraft photographs.
Click on any image to make LARGER. 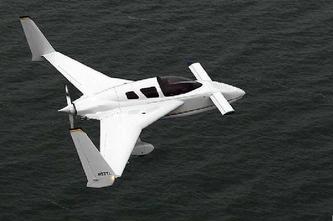 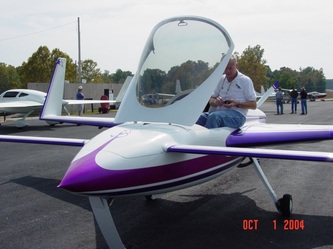 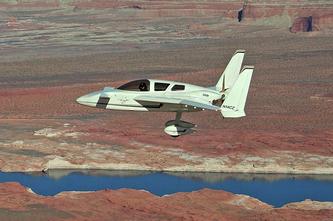 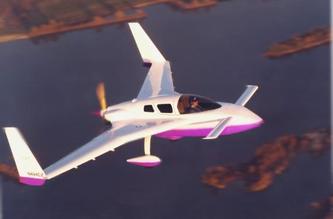 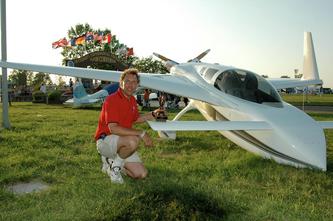 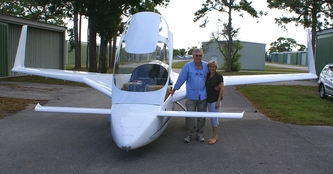 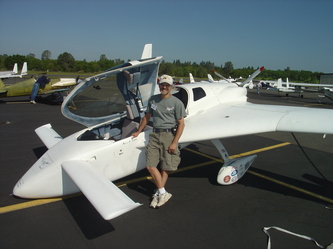 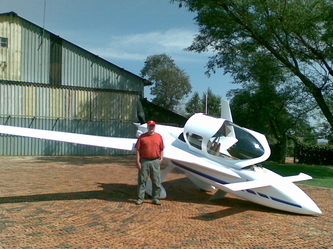 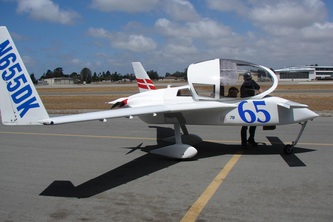 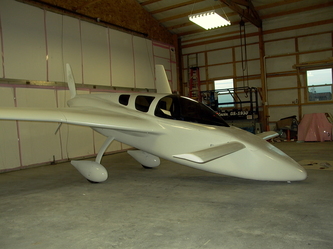 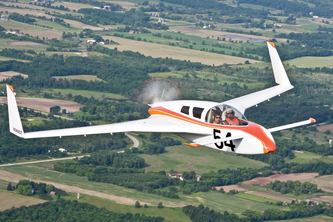 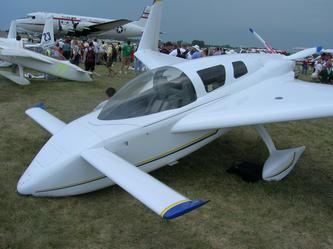 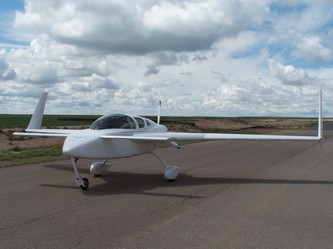 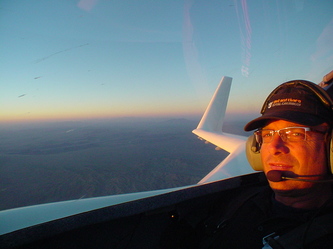 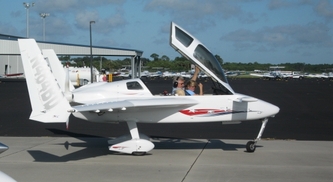 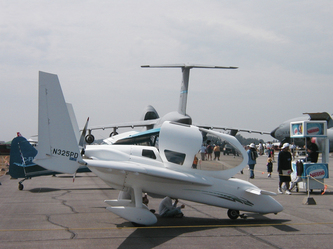 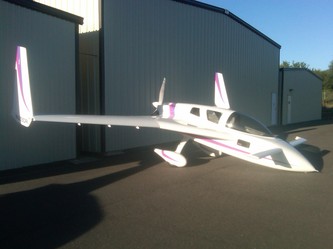 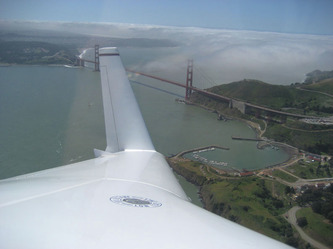 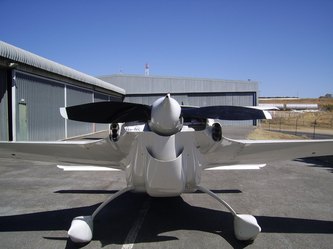 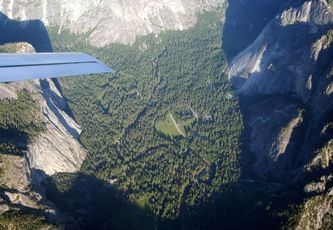 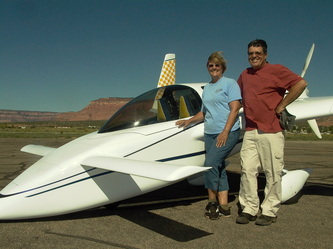 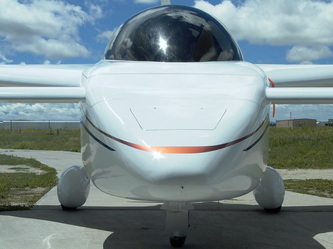 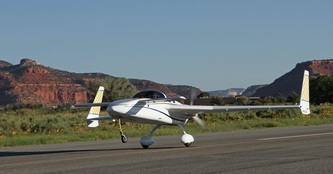