I had been mulling this over for a while. 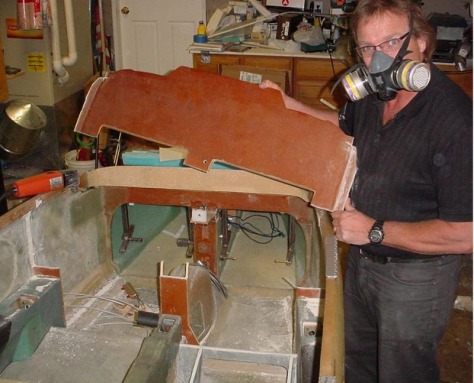 INSTRUMENT PANEL; EFIS screens are better at being non reflective than they were...but the best viewing angle is at a right angle to ones line-of-sight. I had wanted to slant my I.P. so as to achieve this. I checked the EFIS and EMS screen units that I was interested in to make sure their AHRS were not integral and were mounted remotely so that the screens could be mounted at 13degrees (which achieved my line of sight). One day I just walked out to the garage, fired up the FEIN tool and the Sawsall and changed my vertical I.P. to a properly slanted one. It ended up opening the interior up as well, which was welcome. My center stack will be stepped back vertically. (see my page of sketches on the website).  I am pretty much decided on the new DYNON Skyview system or MGL Gen 2 ODYSSEY and have built all clearances behind the Tilted I.P. and etc around the Dual 10 " screen units as pictured below by the Manuf. Full auto-pilot and WAAS approaches with HITS all encompassed. The Grand Rapids Tech HORIZON units are also super, but who knows what equipment will be hot in a year or so when I am finally ready to buy? I built my slanted I.P. and glare-screen cover ahead of my Canopy-surround, according to the 10.4 inch MGL screens depth and height, and it turns out the Dynon 10's are a bit smaller, so I am good to go with either. Check out my pics on building the glarescreen first, as it isnt according to plans and I wanted additional structural/capture of my FHC hinge-mounts with internal floxed/.25" spruce plywood backers pre-lined up during the layups. YMMV.
SHORTENED SEATS; This ended up being a really great idea that was my solution to the lack of storage in the front seats. I drink a lot of water and like to have a camera and snacks at hand. Then there's charts and everything. The plans seats go forward all the way to the I.P. bulkhead. There's not much room for anything in the plans front cockpit. Guys take strings and tie them to waterbottles in the back seat and pull them up and forward when the want to retrieve a bottle. I felt that was pretty primitive. So...I shortened the fronts and made an opening to allow easy access under the seats so that charts and items can slide under there. The plans light moved from under the pilots seat to the nose..ala, Marc Z's plane and others. The electrical went from under the co-pilots seat to on the sidewall of the longer/extended nose. One GREAT aspect of this is that it is MUCH easier to enter the leg-openings with your feet with the openings as deep as they are now. The last part of the puzzle is moving the trim from the plans location to a Wright/Hanka electric trim on the firewall.
RETRACTABLE STEPS on EACH SIDE; Will be actuaated with standard cables similar to Marc Z's installation, just above the armrests. I understand the Cozy Girrrls have theirs slaved to their canopy, so that as you open and close it, the step actuates at the same time. How cool it that?!!                                                            CLICK ON ANY IMAGE BELOW TO ENLARGE. 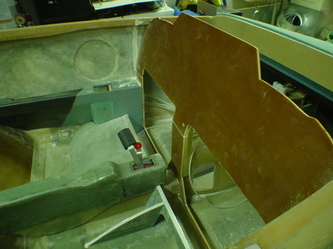 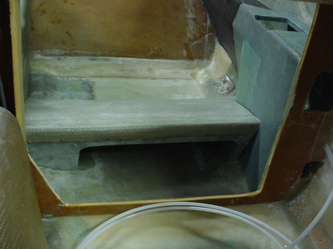 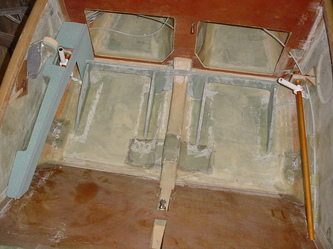 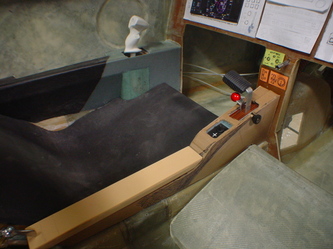 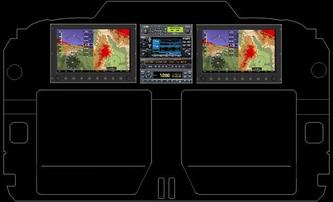 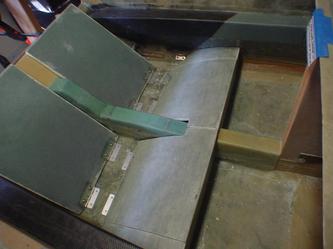 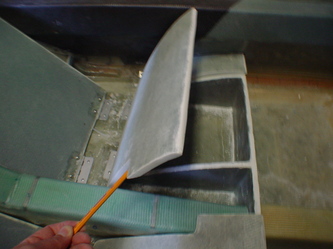 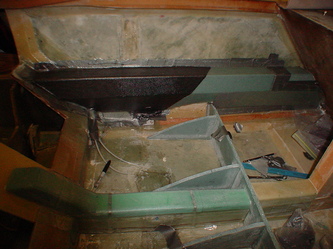 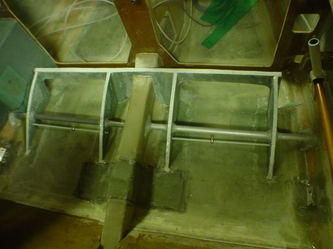 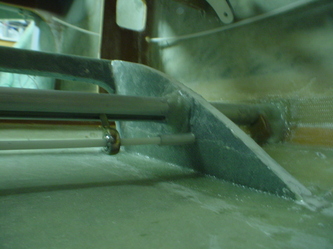 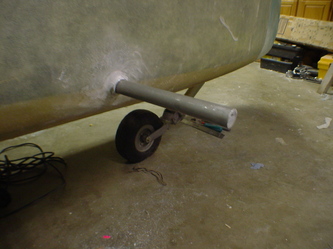 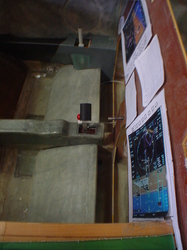 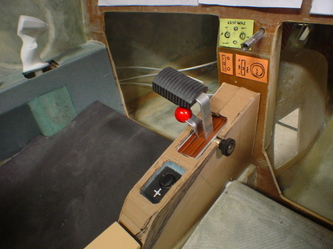